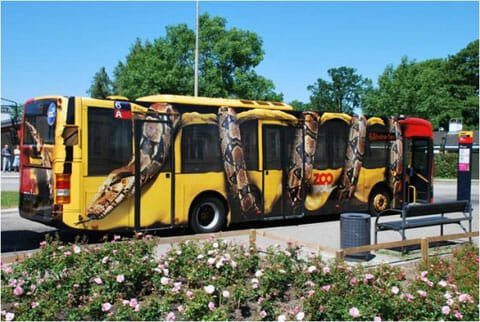 A vehicle wrap turns any car, truck, or bus into a mobile advertisement, capable of reaching hundreds of new eyes everyday it’s out on the streets. Car wraps allow a business to raise awareness in its potential customers because they stand out against all the other vehicles on the road sporting everyday paint jobs. A unique, eye-catching wrap can leave a lasting impression on everyone who sees it. Here are some examples of vehicle wraps that did just that.

Bus wrap for the Copenhagen Zoo

This wrap easily stood out amid the traffic, and made anyone in its vicinity take notice. The paint job was expertly crafted to make it look as though a giant snake was wrapped around the bus. But just the image of a snake wasn’t enough for the artists behind this wrap – they accentuated certain areas of the design to make it appear as though the snake was crushing the bus. This sort of attention-grabbing design raises awareness of a business – in this case, the Copenhagen Zoo – but also creates buzz in the community. Word of mouth is often a welcome side-effect of exceptional vehicle wraps. 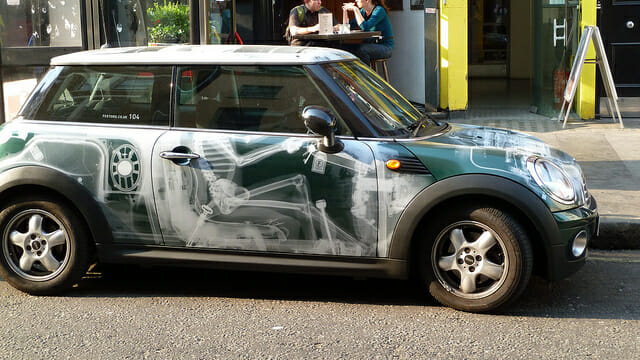 Foxtons is a British real estate company that in 2001 initiated a car wrap strategy on Mini Coopers. Ever since, the company’s Minis have become somewhat of a cultural icon in London, where the wrapped cars are driven. Foxtons has created a number of different wraps for the Mini since 2001, including one with graffiti painted on the sides, one with a large yellow flower inspired by hippie culture, and one made to resemble a spaceship. But perhaps the most renowned of the lot is the x-ray car wrap, which not only shows the “insides” of the car, but of the driver as well. Foxtons’ Mini Cooper wraps show how well made wraps can become cultural entities of their own, which only enhances Foxtons’ reputation. 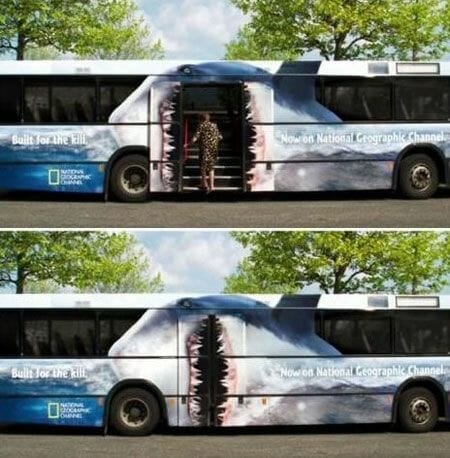 To promote their television channel, National Geographic utilized a unique bus wrap that makes it look as though a shark is devouring unsuspecting commuters. Bus wraps are eye-catching in a large part because of their large size, but add a massive shark into the mix and you have a wrap that forces people to look twice. 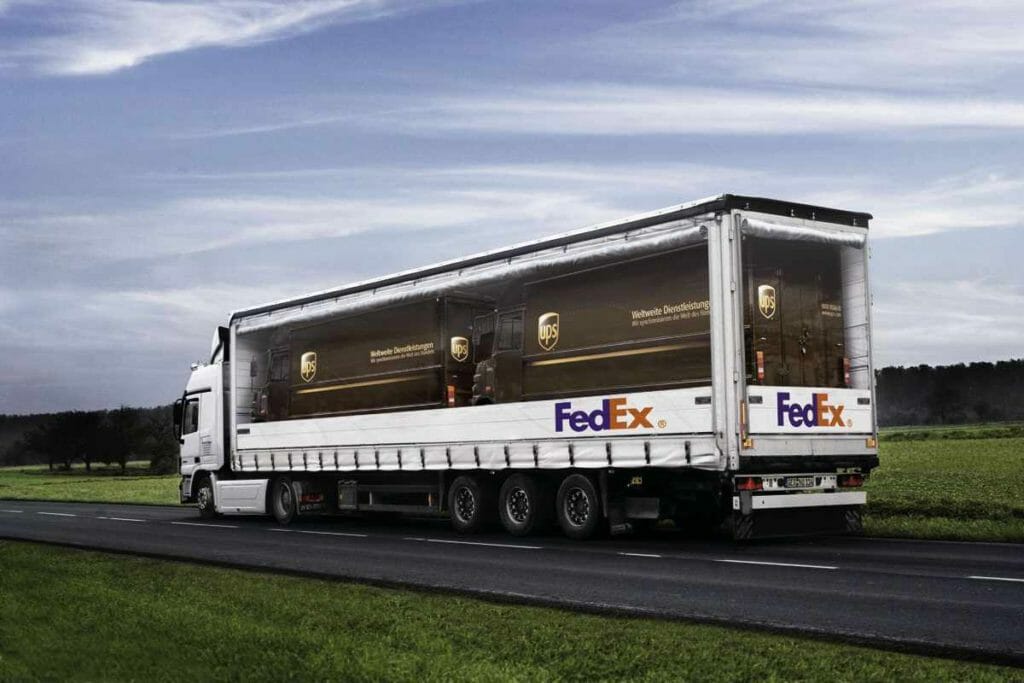 The courier and logistics industry is a cutthroat one. Or so you would imagine based on this conceptual vehicle wrap. Just to reiterate, this truck trailer wrap is only a concept, but it deserves a spot in this post for its creativity. The conceptual wrap shows a FedEx truck moving UPS trucks, a clear jab at the latter company. This wrap certainly would have created some buzz, not to mention some hurt feelings at UPS, if it was ever rolled out in real life. 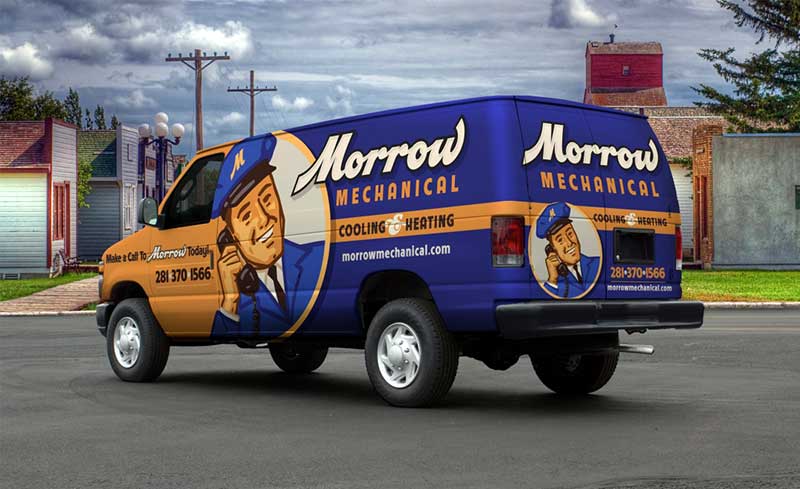 This is a vibrant truck wrap that not only catches the eye, but also tells you something about the company’s brand. Using a retro-styled illustration of a friendly (and presumably helpful) serviceman on the phone elicits feelings of trustworthiness and dependability. The company’s phone number and website are clearly marked, but if you miss the contact information, it’s easy to remember the company’s name because of its unique word mark.

If you’re looking to boost awareness of your company and its brand, or create a bit of buzz around your community, About Signs offers a wide variety of vehicle wrap options. We also offer car lettering, truck lettering and boat lettering and graphics. There are no limits with to what we can do for you and your vehicle in the Oakville, Mississauga, Burlington and Hamilton area.