Favourite Signs of Mississauga’s Past

Established in 1968 and incorporated in 1974, Mississauga is a fairly young city in Southern Ontario. Mississauga is an area that is bounded by Oakville, Milton, Brampton, Halton Hills and Toronto. Mississauga is rich with history, and is an amalgamation of several communities which include Clarkson, Cooksville, Malton, Port Credit, and Streetsville. Here are a collection of signs from Mississauga’s past that showcase the town’s rich history.

Here is a picture of a Lancaster being rolled out of the Victory factory that was located in Malton, Ontario. This would have been in 1944, when the factory was putting out a Lancaster a day. Victory Aircraft was a federal government run venture that was closed down shortly after the war. The Lancaster has received a lot of news this past week as it is making a journey from Mount Hope to England.  You can view the original photo  at the Canadian Warplane Heritage Museum in Hamilton.

This building is located at 71 Lakeshore Road East. It was originally called the Hamilton Store which was built ca 1850 by William Clarkson, who sold it after 1855 to Robert Cotton. . It later became the Dutch Kitchen Tavern, and after that a restaurant, Van Gogh’s.  Today this site is a retail property with residential units.  We really enjoy the unique lettering for the name of this sign along with the decorative symbols. 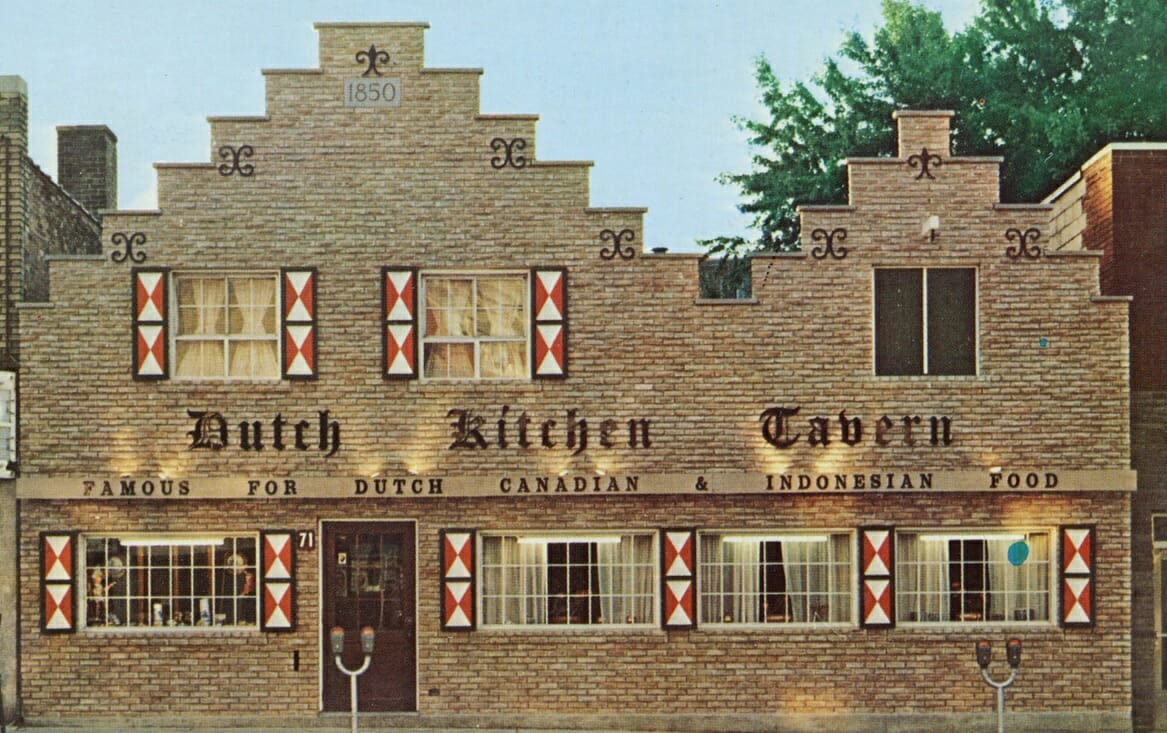 This building was originally constructed in the 1840’s.  It moved about several times, before settling in Port Credit.  We admire the iron lettering which was produced by hand.

Vehicle Graphics have certainly come a long way since the 1970’s.  Today you can get high resolution images on your vehicle, or vinyl vehicle wraps.  Back then, these signs were hand painted or stenciled on. 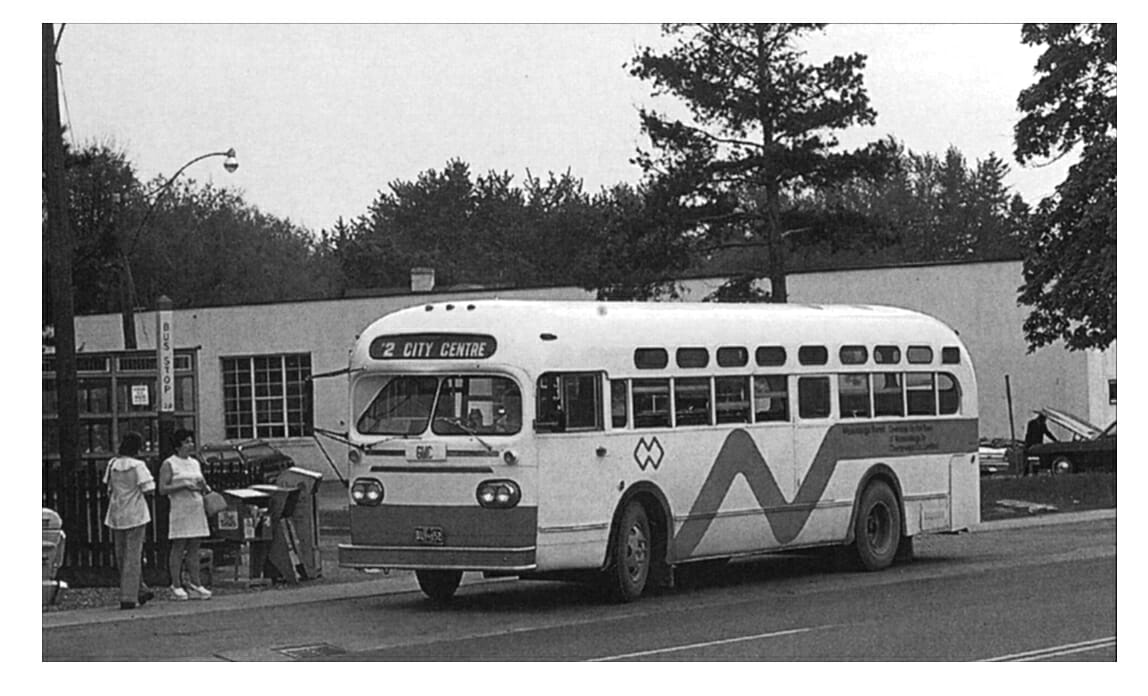 Our final sign is from1989 for Karparty Pastry and Deli.  This photo was taken of their first location which was close to Hurontario St and Dundas St. in Mississauga.  Karparty’s has grown since then and has locations in Brampton and Milton as well, where it is called Euromax Foods – The Good Foods Store.  We particularly like the vintage awning on this store front. 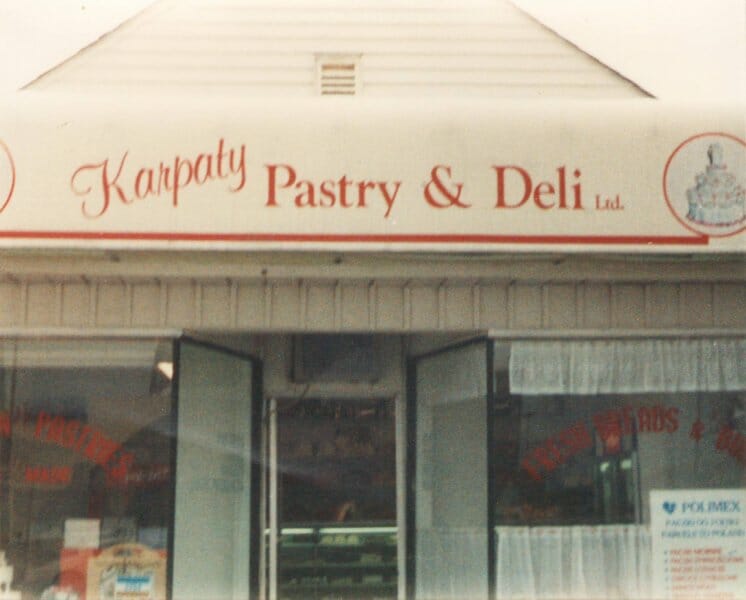