When people make signs, they don’t always mean to make them funny, but sometimes they just turn out that way. Even signage meant to be serious or warn its viewers about potential danger have wound up being laughed at because of some sort of oversight. Other times, an odd translation or poor wording can cause a sign to take on a lighter tone. And of course, sometimes the sign maker just wants to show the world his or her sense of humour. Here are a few funny signs we’ve found through our internet rummaging. 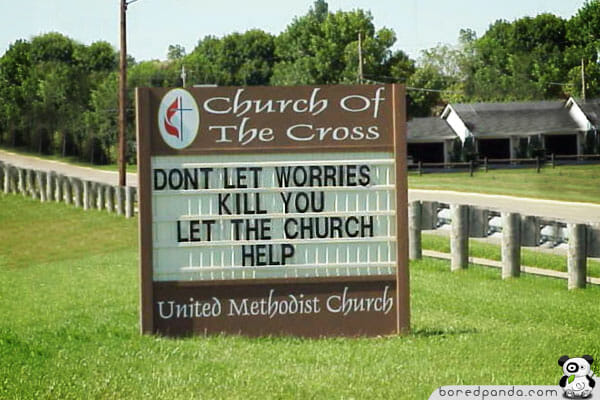 Obviously, the intent of this sign was to encourage people to let the church help them ease their worries, but at first glance it could easily be interpreted as the church offering to kill you. Why should excessive worrying be the only way to die?

As if dying wasn’t bad enough

So you’re walking along, you decide out of sheer stupidity to touch some electrified wires, and now you’re dead. On top of that you have to pay $200! Talk about rubbing it in.

Go on, you can take that mountain lion!

I suppose it’s good to know what to do when confronted with a mountain lion, and the first tip seems safe enough, but shouting at a mountain lion and fighting one don’t seem like good ideas.

It’s not often that people are pleased to make an announcement they also regret. Whoever created this sign seems to care an awful lot about pleasantries, but perhaps not as much about proofreading. 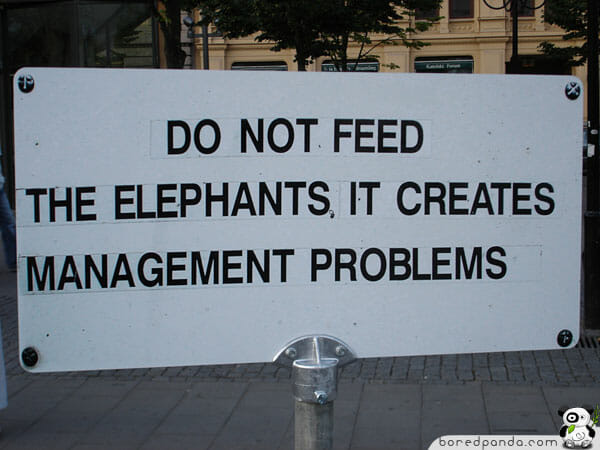 Apparently, they become hard to manage when they’re fed by outsiders. Or is it that their human caretakers would have problems interacting with each other if they weren’t the ones feeding the elephants?

When signs are translated into English, the true meaning of the message can be lost, or at least altered, as in this case. Sliding on a slippery surface is a common accident, but rarely is it done carefully.

Who knew that penguins had a habit of lying down underneath parked cars? It seemed to pose a real problem at this national park, so visitors were reminded to have a peek under their vehicles before pulling out of their parking space.

You can put a price on love 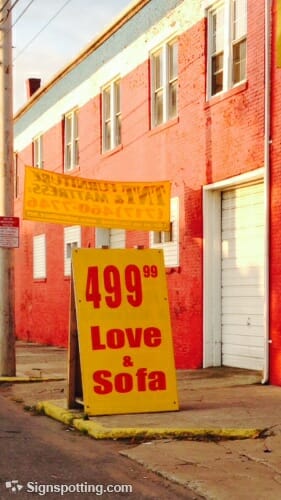 And it’s $499.99. That’s a pretty good deal, especially considering that you also get a sofa as part of the package. 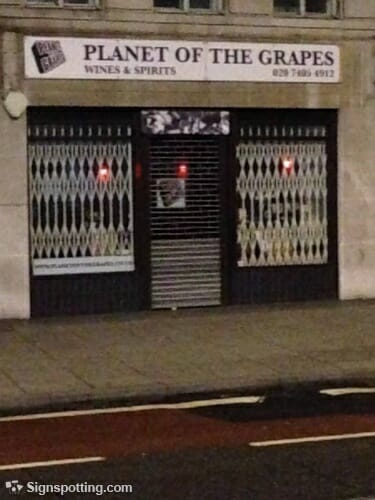 Because no funny sign list would be complete without a bad pun, we present to you this wine and spirits shop.

Want a funny, but still well-crafted sign? Let About Signs know what you have in mind, and we’ll show you all of your available options.