Vintage Signs from Hamilton’s Past 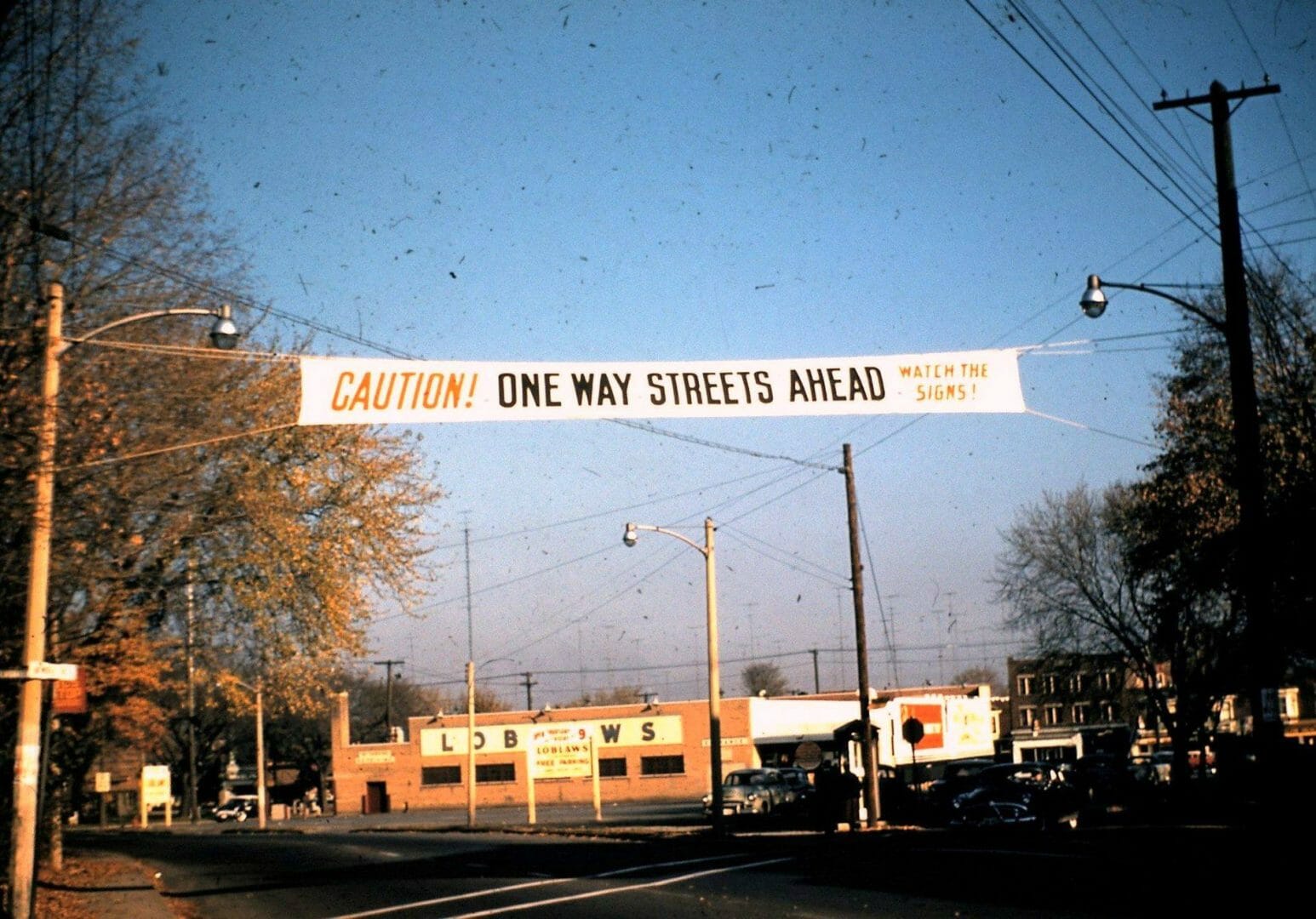 Hamilton has a rich history like no other city.  Just check out the Facebook pages Vintage Hamilton or Vanished Hamilton for hundreds of photos to witness how the downtown core of Hamilton was once a booming city.  Here are a few of our favourite signs from Hamilton’s past that we spotted as we went through the Vintage Hamilton facebook page.  These images were supplied to the page from various Hamiltonian’s scrap books or shoebox collections. 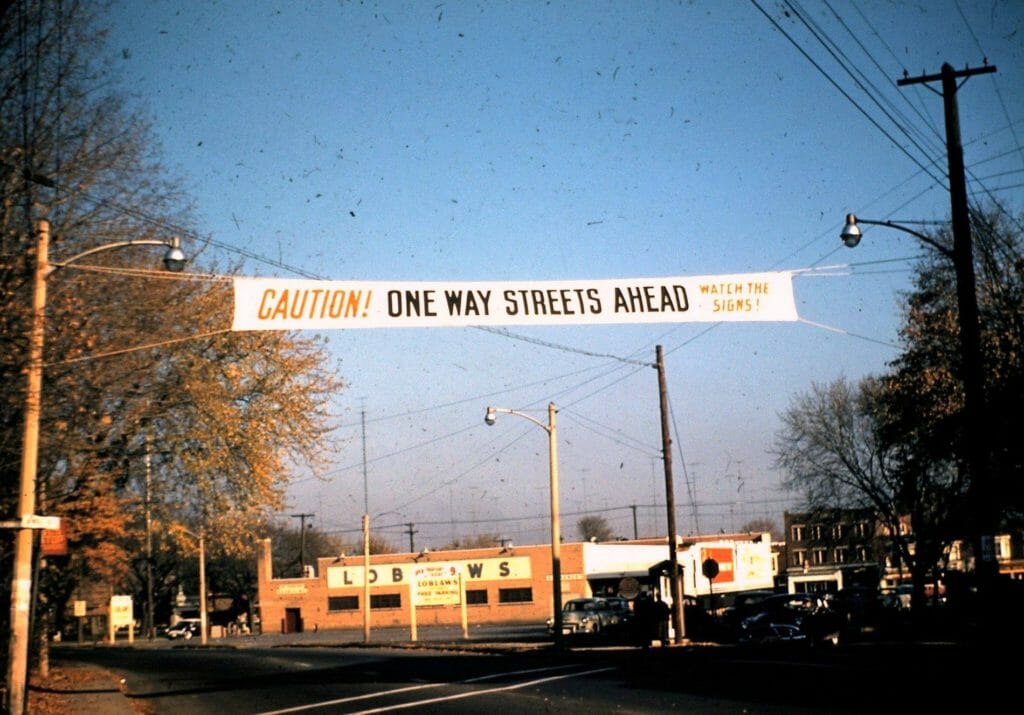 If you live in and around Hamilton, you just understand one way streets.  It’s a foreign concept to anyone anywhere else, but if you live here, you just realize it works.  Here’s a sign from 1956 when they made a road at King Street East and Balmoral Avenue a one way road.  This Banner is effective in announcing the arrival of one way streets to Hamilton.  Some people still think these outdoor banners should be at every one way street in Hamilton.  This photo is credited to Betty-Anne Hosken Brown. 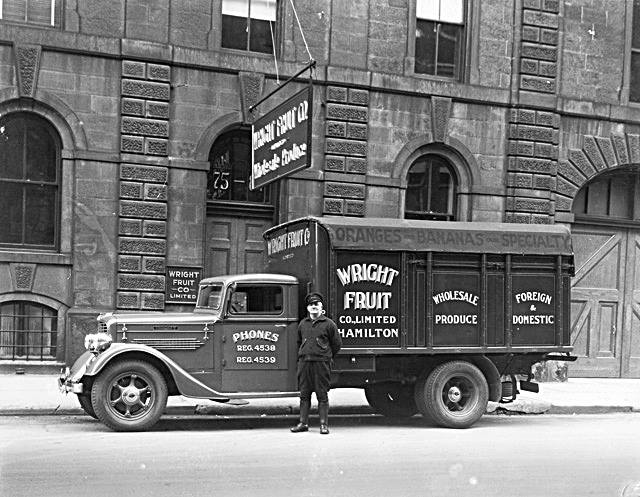 We are quite impressed with the vintage vehicle graphics from this Wright Fruit truck from 1936.  This was taken from the company’s entrance on McNab Street and York Boulevard.  We also like the hanging blade sign at the entrance as well.  This photo is credited to the Local History and Archives Department from the Hamilton Public Library.

Copps Colliseum is no more, it’s now the First Ontario Center.  We really enjoy the big C on Copp’s sign.  Copps was built with the promise of a hockey franchise for Hamilton in 1985.  It took 42.7 million to build, and it seats approximately 19,000 for a concert, or 17,383 for a hockey game.  Here it is in 1990, just five years old at the time.  This same year I remember seeing the Grateful Dead play at Copps.  I wish I could find a photo of the marquee sign for that memorable show.  Copps has a display sign for the Dukes, which were a junior hockey team that represented Hamilton in the OHL from 1989 to 1991.  This photo is credited to Olympia Russo. 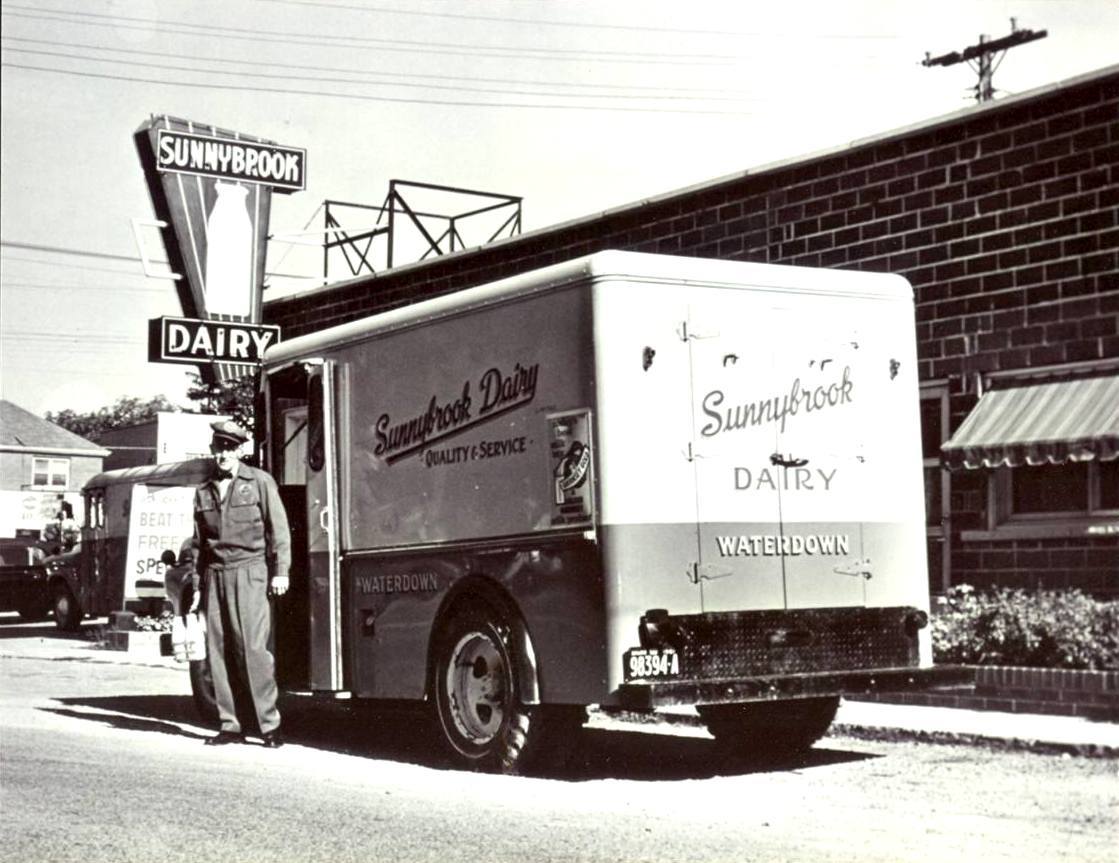 Here is a classic vehicle graphic from Sunnybrook Dairy in Waterdown.  Sunnybrook used to deliver fresh milk every morning to homes across Waterdown and Hamilton.  The non-illuminated sign for Sunnybrook Dairy is also very unique.  You’ve probably heard your grandparents talk about the milkman from when they were young.  It’s quite interesting how we are returning to delivery people, in that Amazon is capable of one day service, or are offering scheduled deliveries for home essentials such as toilet paper, cereal, or anything else you can imagine.  This delivery system is not a new concept.  My mother tells me stories of how she used to shop at Eatons downtown, and because she took the city bus down to shop, Eaton’s would ship the items up to her the next day. The photo is credited to Ron Service. 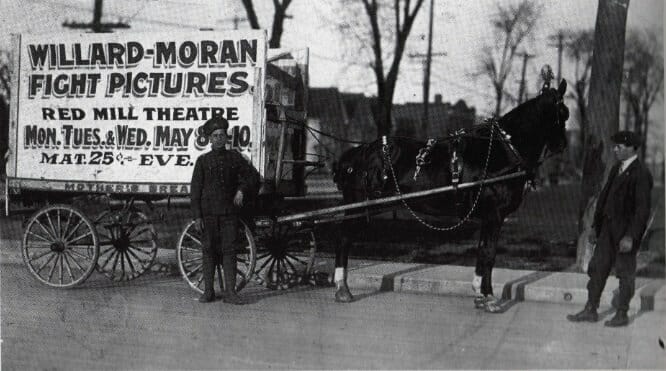 This is literately one of the first mobile advertisements, well before the cell phone was even a dream.  The year for this photo is unknown, but we imagine it would be around 1916.  The Red Mill Theatre is advertising a boxing match between Jess Willard and Frank Moran that would have taken place at Madison Square Garden.  Photo credit goes to Around and About Hamilton. 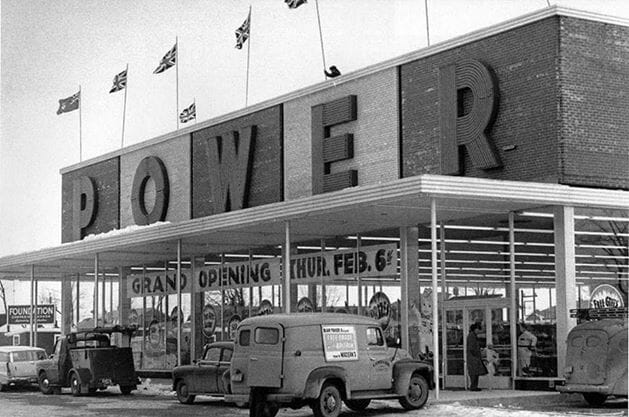 This photo was taken in 1958 at Power Supermarket at Upper Gage and Fennell.  The vintage push through lettering is well done, and the window graphics for Free Gifts and Prizes make us want to shop there.  Photo credit goes to Doug Southon. 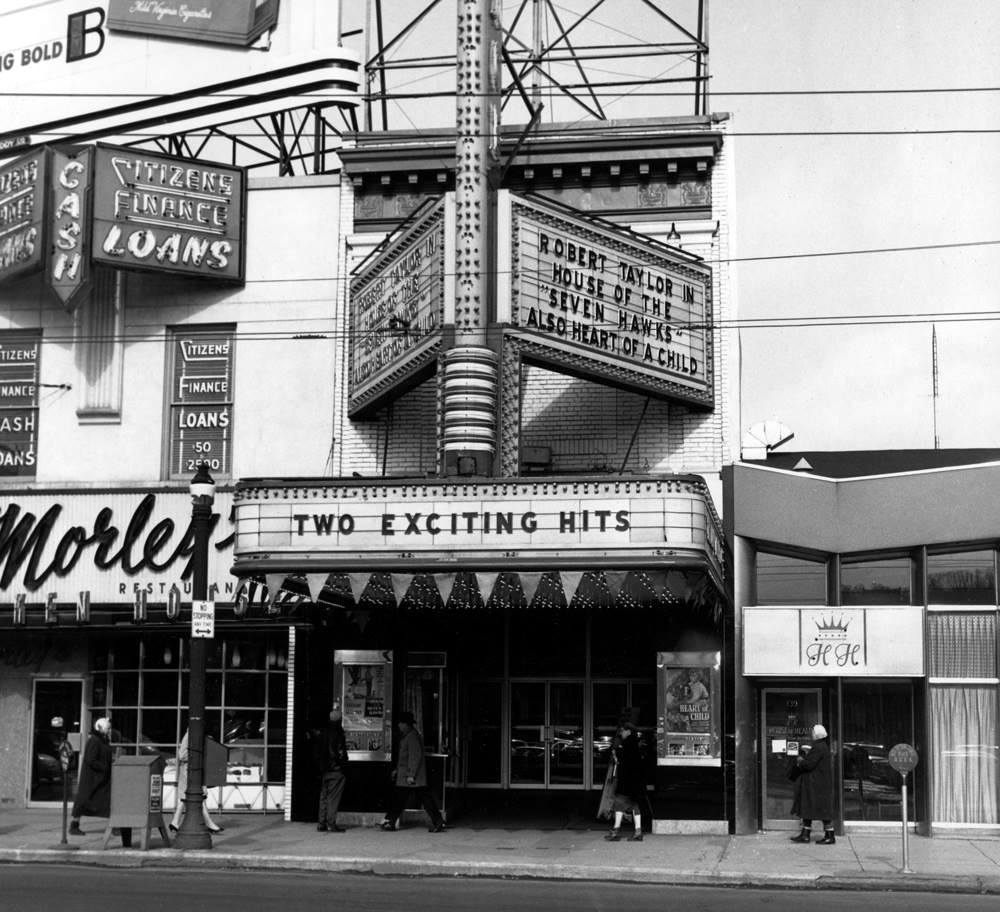 Here is a classic movie theater sign from 1959.  The Old Palace Theatre was on King Street, close to Catharine.  Before it was a theatre, such legendary acts such as Harry Houdini, George Burns and Bob Hope performed there.  This theater closed down in 1972.  Hamilton at one point was home to many grand theaters, such as The Grand Opera House, Savoy Theatre, Temple Theatre, the Tivoli, and the Capitol.  Photo Credit goes to the website Vanished Hamilton which publishes amazing books of photos from Hamilton and Burlington’s past. 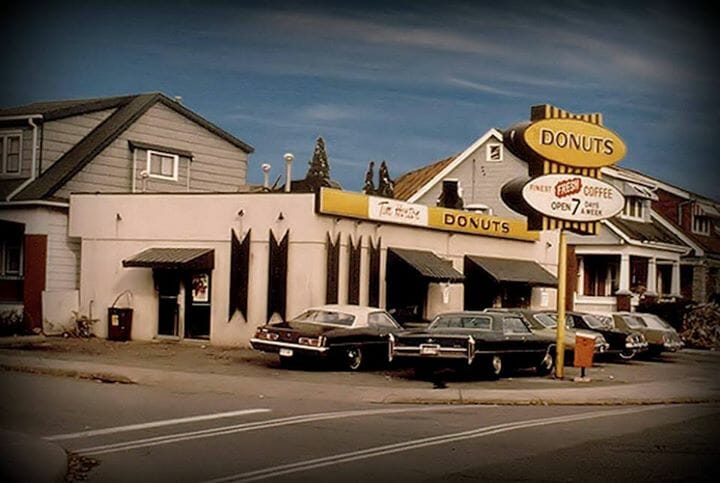 You can’t mention Hamilton, without mentioning Tim Hortons, and here is the first location from the 70’s at Ottawa and Dunsmure.  This was during a time where cigarettes, coffee and donuts went hand in hand. It is probably difficult to fathom a time when you could smoke inside a Tim Horton’s, but to many, it was a time that wasn’t all that long ago.  Credit goes to www.blogto.com  We miss seeing the classic pylon sign that you rarely see anymore.  Just announced today is that Burger King may be buying Tim Hortons.  While Tim Horton’s has locations in the states, it’s often close to the US/Canadian border.  It will be interesting to see if Burger King has plans to take the doughnut franchise deeper south.